What is an inverted yield curve, and what does it mean to me?

In early August of 2019, headlines referring to the feared “inverted yield curve” were on display all over the news, financial websites, and publications, sparking a more than 2.9% decline in the S&P 500 (Source: Yahoo Finance), its worst single day of trading for the year. The following day, a plethora of articles were published explaining an inverted yield curve and linking its direct correlation to an imminent recession, further weakening investor sentiment. In this day and age where the headlines are often times scary, many are wondering: what is an inverted yield curve and should they panic?

It seems like every investor has been waiting for the market correction or the next recession since the last Great Recession in 2008. Maybe it’s because of the severity of last crash and recession. Or perhaps, people think that economic expansions die of old age. Well, they don’t. Economic expansions typically die for two main reasons: geopolitical risks and tight monetary policy.

Thinking about Sending Your Child to a Private High School?

There are many reasons why parents may consider sending their child to a private school; from the varied curriculum, these schools are able to offer, to smaller class sizes taught by dedicated and highly qualified teachers. It’s not required that you know where you want to send your child to high school the day they are born, but it is important to start saving early for their education needs.

Is Warren Buffett Losing his Edge?

Published in the Baltimore Business Journal on August 15, 2019

Warren Buffett. Whether you are a day-trader, or you don’t know the first thing about the stock market, odds are you have heard of him. Arguably the world’s most famous investor of all-time, he is best known for his uncanny ability to pick stocks for the company he acquired more than 50 years ago, Berkshire Hathaway. Whenever he is featured live on one of the major news outlets, Wall Street, financial advisors, and even the general public give their attention to listen.

But, since the end of the 2008 financial crisis which marked the beginning of the current bull-market, Warren Buffett has lagged the S&P 500. How much exactly?

A Financial Advisor’s Point of View: What & When to Teach your Kid’s about Money 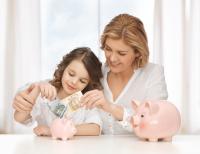 As every father or mother knows, being a parent can be challenging. There are so many important aspects in life you need to share so that your child is ready to leave “the nest” and become a self-sufficient adult. Some of those lessons revolve around money. I would describe the core money lessons in three categories: budgeting, investing, and developing a healthy attitude to money/values. While countless books have been written on this subject, I will break it down into about 500 words.

Published in the Baltimore Business Journal on October 21, 2019

While there are some readers of this column who can afford a two, three, or four-plus million-dollar home, most of us only get to dream about living in a massive estate by viewing pictures of Cal Ripken’s old home in the BBJ, watching Selling Sunset on Netflix, or finding reruns of MTV’s Cribs. If you are considering a luxury home purchase, as a discerning buyer, you should contemplate many important points.

What working in the restaurant business taught me about life

Published in the Baltimore Business Journal on Jun 13, 2019

How can teens today learn about grit, a hard work ethic, and staying calm under pressure – key attributes of any successful business person? My answer would be for all teenagers to work in the restaurant business as a busboy/girl or as a waiter/waitress.

If you have been investing for at least twenty years, you have seen both the good and bad times for technology stocks. The late nineties may even be considered legendary. Technology stocks rose to epic proportions and anyone that could throw a dart could pick a winner. Everyone felt like they should become full-time day traders.

When most investors think about investing in real estate, residential real estate is the natural thought that comes to mind first. On the other hand, commercial real estate which includes the ownership or partial ownership of the office properties people work in, the retail properties people shop in, industrial buildings where products are manufactured and the hotels people stay in when they travel has become a more common investment in investors’ portfolios.

What We Can Learn from the World’s Largest Bankruptcies?

Originally published in the Baltimore Business Journal on March 8, 2018

The first decade of the twenty-first century was the backdrop to some of the largest bankruptcies the world has ever seen, affecting banks, insurance companies, utility companies, and retailers. No business is immune to the threat of bankruptcy; even countries, such as Argentina, have defaulted on their debt.

Despite the different industries affected, the issues that led to bankruptcy were often similar.